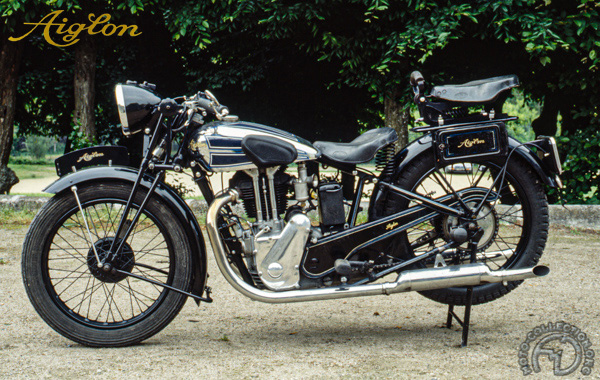 After WWI, the French market was flooded by military surplus US and British motorcycles, which triggered many failures among French manufacturers. The financially sound firms, such as Peugeot, Alcyon and Terrot, took advantage of the situation to strengthen their sales networks by acquiring old, established marques with good reputations.

The first links between Peugeot and another manufacturer were formed in 1912, when Griffon began fitting V-twins made in Peugeot's Valentigney plant. Griffon, which thought the future lay with little two-strokes, stopped using Peugeot engines in 1921.

This market did not remain profitable for long, and the firm, once again having difficulties, was taken over by Peugeot in 1925. Automoto of St. Etienne joined Peugeot around 1929 but with many unique models, kept a relative independence until 1952. Aiglon, a well-known marque before 1914, was on the way out in 1919, but its sales network combined perfectly with Peugeot's, which took it over in 1922 as part of its France Motor Cycles (FMC) group, but initially left it to languish, then reactivated it in 1929. At the 1933 Paris Salon, Peugeot launched a new flagship range -"Motorcycles of Great Power." Its star was the Peugeot 515, which achieved fame a year later by breaking three world speed records. But Peugeot did not keep the 515 to itself and marketed it right from the first year as the Aiglon A-545.

Shown here in its 1936 version, with a chromed fuel tank with two painted panels, the Aiglon A-545 was virtually identical to the Peugeot 515 HL of the same year.