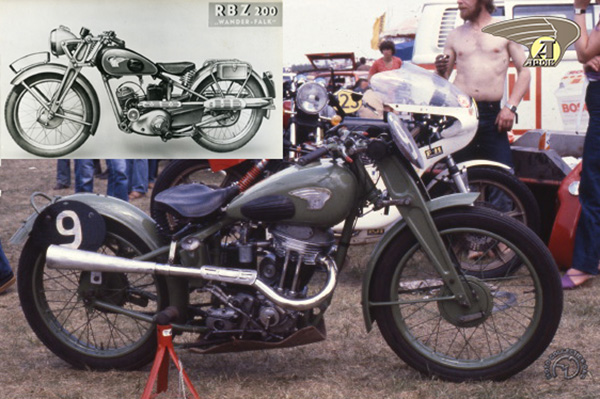 Too good to last

Amid cries of "Heil Hitler" and a forest of saluting arms, the FĂĽhrer opened the Berlin Show in February 1936. The president of the German Automobile Manufacturers' Association underlined the dramatic progress made by his industry against a background of a Europe in full decline. In 1932, car output had fallen to 42,000 units; by 1935 it was up to 215,000 units. The story was more dramatic for two-wheelers, which had risen from 35,400 units sold in 1932 to 268,000.

Germany had become a closed market, due to the country's lack of foreign currency. Ardie of Nuremberg had to turn to local suppliers and, with difficulty, raised its production to 4,500 motorcycles in 1935. The marque, which up to then had used British JAP and Rudge engines, had been forced in 1934 to turn to Bark engines of 200-600cc, built in the old KĂĽhne factory in Dresden. The 1936 range was enriched by superb Kuchen-engined 350 and 500cc machines.

Forced to give up racing after the import of British engines had been halted, Ardie - in the absence of genuine German racing engines - turned to rallying and off-road events with the aim of attracting military orders from the Wehrmacht. So, in 1937, Ardie introduced the 200cc Feuerreiter ("Fire Rider"), which could have been taken for a more powerful machine. The Feuerreiter was too expensive to build, so was only in production for a short while. The launch of the 200cc RBZ two-stroke, followed in 1937 by 125 and 250cc versions, signed the death warrant of the little Ardie four-strokes.

Despite its olive-drab color scheme, this Ardie was not a military bike: it was the marque's standard finish.