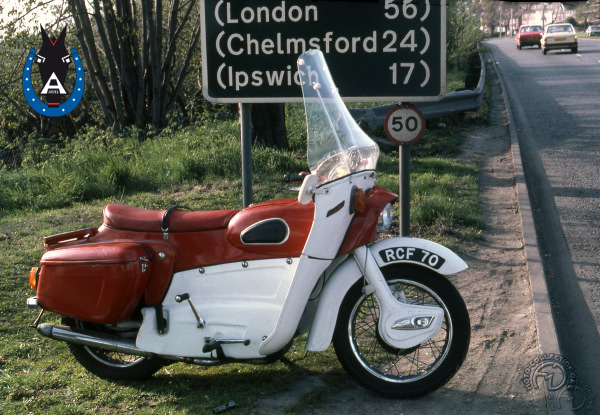 A revolution before its time

After its classic 1000cc Square Four had ceased production in 1958, Ariel tried its hand at building a popular two-stroke deluxe with this revolutionary 250cc. The marque, which had blown its last resources on this project, stood no chance. No matter how luxurious it might have been, the motorcycle was finished by the start of the Sixties. Ariel tried to introduce new bikes, however, to reclaim its consumers, but it was too late.

The floundering Ariel company was snapped up by BSA, which closed the Ariel factory in 1964, killing off its final project of a 700cc four using the same frame.

Though the Ariel Leader certainly merited its name, and Ā– modernized Ā– would fit perfectly among the scooters and enclosed motorcycles that growing city traffic has made popular once more, it came at the wrong time. The Leader redefined motorcycle construction with logic and originality. Its twin-cylinder engine was hung from a pressed-steel monocoque frame, swinging fork rear suspension assured perfect comfort, while trailing-link front forks kept the wheelbase constant. The real gas tank was beneath the saddle, keeping the center of gravity low, while the dummy tank was actually a luggage locker. Standard equipment included integral leg-shields, a generous windshield, a clock, turn signal indicators (only recently made legal in Britain), and a pair of rear luggage panniers.

The ideal bike for the commuter, the Leader was luxuriously equipped.