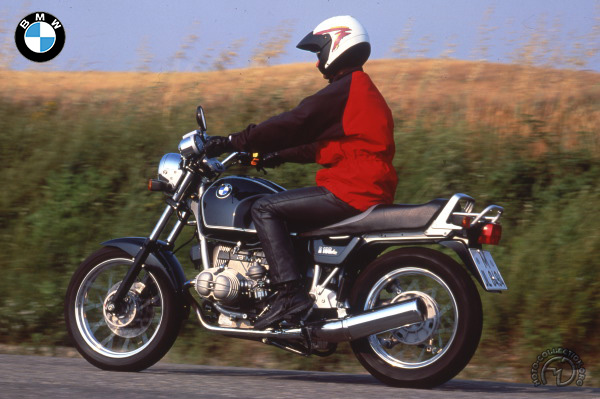 The same, only better

With the R80GS and then the R100GS Paris-Dakar, BMW has long offered large-capacity trail bikes that are outstandingly at ease on blacktop roads. Doubtless needled at seeing the major Japanese marques doing battle in recent years with a crop of "neo-retro" models in the current fashion, the Munich firm replied with style. The R100R, a road-going version of the Paris-Dakar trail bike, is a larger-than-life classic.

The R100R furiously harks back to the 1970s in everything but a few modern touches like the instrument panel and the way the saddle overlaps the tank. Even the rocker covers recapture the rounded shape of the old models. The Roadster has retained, all the little touches that made the reputation of past models: the riding position, the excellent pick-up of the flat-twin engine, and the bonus of a leisurely gear-shift and above-average accessibility.

The Most Modern BMW Flat Twin

All the innovations developed in the years that have elapsed since those previous generations were current are included and completely transform the handling. The parallelogram rear suspension, with an excellent damper, is both comfortable and efficient. The engine, with torque across the rev band, makes the most of the excellent handling and the Roadster, doubtless the most compact modern 1000cc, is also the most amusing current BMW model.

BMW, which had just celebrated its 75th anniversary, produced this superb "neo-retro" bike as a treat for marque enthusiasts.