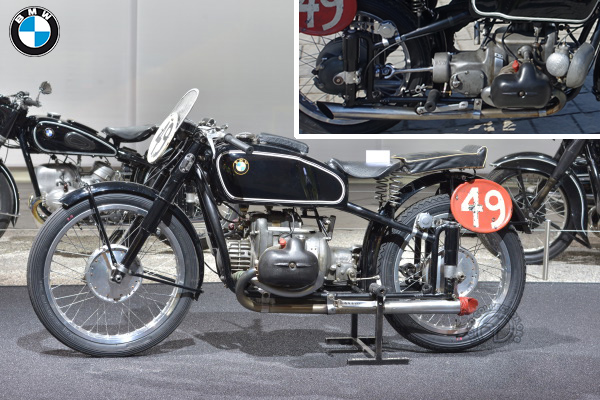 Multitalented rider First run in 1907, the Isle of Man Tourist Trophy was the leading race in the world from 1920 to 1970 Run over a twisting road circuit of some 37 miles, this fast and dangerous race was considered to be the supreme test, the event which every manufacturer wanted to win. The British considered the TT theirs by right, though inevitably it attracted foreign competition.

Powerful but Tricky When Schorsch Meier started in the TT in June 1939, he knew that his BMW was powerful but difficult to handle. Moreover, he had never ridden in the event before, for his machine had broken down on the starting grid the previous year. That was reckoned to be an insurmountable handicap, for the TT circuit was difficult to memorize. And to crown it all, BMW's lead rider, Karl Gall, had just been killed in practice and team morale was badly dented.

More Strings to His Bow

It would take more to discourage the multitalented Meier. In his first season, 1938, he had become Champion of Europe. This excellent trials rider had another iron in the fire, for he also drove one of the fabulous rear-engined Auto-Union racing cars and in July 1939 would take second place in the French Grand Prix. After three hours of racing, Meier earned his place in racing history by winning the TT. Meier's victory was greeted coldly; nor only did the British take their defeat badly, but they were rightly convinced that within a matter of weeks Britain and Germany would be at war.

In 1939 Schorsch Meier and his 500 were the first non-British entry ever to win the Senior Tourist Trophy.