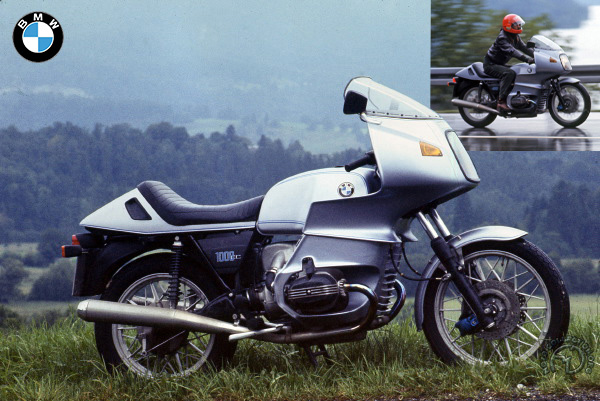 The advent of built-in fairing

The highly conservative image of BMW, its infrequent model changes, and its devotion to its original concept Â— BMW has used transverse flat-twin power units since the first R32 was built in 1923 Â— could lay the Munich firm open to the accusation that it's stuffy. However, nothing could be further from the truth. BMW has often headed some of the most dramatic developments in the evolution of motorcycles.

In contrast to the Japanese marques, BMW's strategy is not to emulate successes but to concentrate on the logical, functional evolution of its models, to create without copying. One of its most fundamental steps was made in 1976 with the launch of the R100 RS, a sports/grand touring bike where, for the first time on a machine produced in large numbers, the fairing was not just a bolt-on accessory but an integral part of the bike.

Curiously enough, throughout motorcycling histo1y fairingsÂ— at first a simple aluminum shell, then a fiberglass molding, and now made from plastics Â— and frames have always been poor relations. With the BMW R100 RS, the ABS fairing became for the first time an integral part of the machine. There was a high level of finish on its internal face Â— including a fully equipped instrument panel Â— and excellent aerodynamics developed in the Pininfarina wind tunnel. The tunnel trials enhanced the bike's performance while giving the rider levels of comfort and protection which remain the standard today.