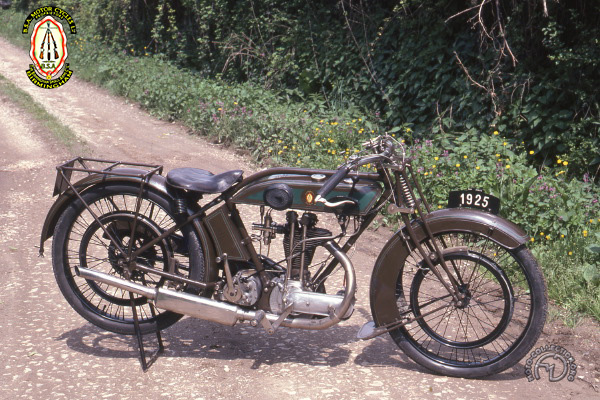 The finest of the super sports

BSA made its first motorcycles in 1910 after carving out a solid reputation in the world of two-wheelers. It became one of the largest British companies in 1925 offering a 13- model range in five engine sizes ranging from 250 to 1000cc.

It still had the long-stroke dimensions of the original sidevalve 350 (which BSA would conserve until 1933) but had a detachable cast-iron cylinder head with generous firming and duralumin rockers. Lubrication was by mechanical pump, supplemented on gradients by a hand-pump. Apart from its belt-rim brakes, the BSA L24 was very advanced for its day, and had few rivals. The 350 Sports of 1925 also had a Super Sports version and a 500cc derivative offered Sports and Colonial models. The L25SS had a special forged-steel crankshaft with balance weights, while the compression ratio was raised to 6.8:1 so that it could operate on a mixture of gasoline and benzol. Each L25SS was bench-tested at 5600 rpm and was guaranteed to exceed 70 mph.

A reliable performer, the 350 L25 was the foundation on which subsequent generations of BSA were based.