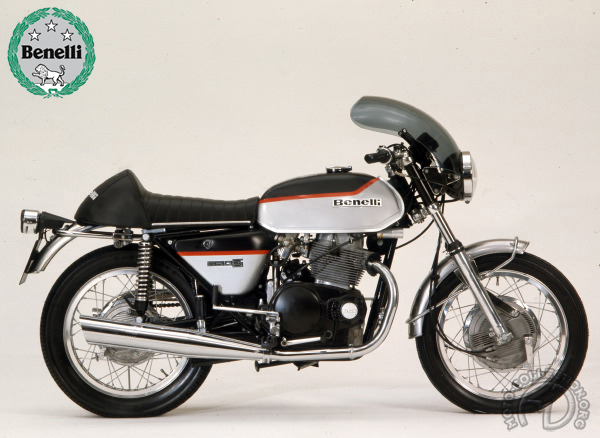 By the dawning of 1969, the Italian motorcycle business was filled with a joyous optimism Â– the Argentine industrialist Alejandro de Tomaso had bought up the famous Moto Guzzi and Benelli marques, which were destined to define Italian cycling through the Seventies.

Perhaps too much has been made of the impact of the so-called "Japanese invasion" in motorcycling that took place in the late Sixties. However, the Japanese showed themselves to be adept at competing with the once-supreme British and European makers, and they even gave the big American bikes such a run for their money that the legendary Harley-Davidson fell into near bankruptcy by the end of the Eighties. On the upside, the Italians jumped at the challenge and transformed Guzzi and Benelli into such sought-after names that the bikes, by the Nineties, had acquired a degree of chic well beyond what could be obtained from a Honda or a Yamaha.

Benelli's Tornado, introduced in 1969, was just such a bike, a clear answer to Japanese imports and a machine that recalled the classic British vertical cycle. Not as immediately successful as some of its Italian and Japanese counterparts, the Tornado was modified for a later S2 version, which settled some of the braking problems that riders of the first Tornados had experienced. The styling was updated, as well, to give the bike a sportier look.

Something of a latecomer, the Benelli Tornado 4-cylinder was engineered progressively over several years to bring it into pace with the times.