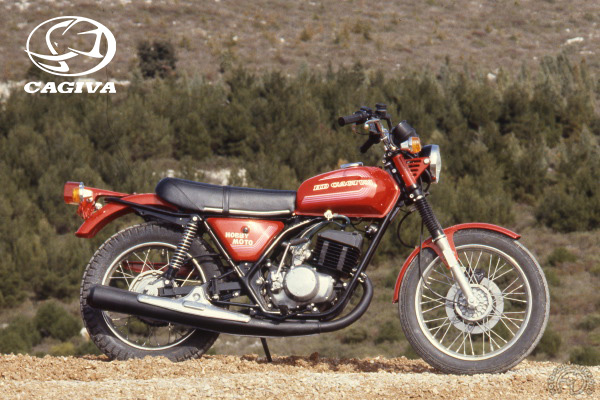 The birth of an empire

At the end of 1978, the Castiglioni brothers bought the Italian branch of Harley-Davidson (formerly Aermacchi of Varese) from its American owners, the AMF Group.

Its initial products, badged "HD Cagiva" (for "CAstiglioni Giovanni VArese"), were hardly earth-shattering. The Castiglioni brothers ran their business wisely and began by becoming a market leader with utilitarian touring machines of 125-350cc, which were only the old Harleys renamed. Once these foundations were safely laid, the marque literally exploded into action, successively acquiring Ducati, Morini and the Swedish Husqvarna Company.

By making the most of the product strengths and know-how of these different marques, the group succeeded Ā– like its rival Aprilia Ā–in occupying all the niche markets ignored by the Japanese giants. Their products grew in numbers and engine size, growing from 37,000 motorcycles annually in 1984 (of which 23,000 were mopeds and machines up to 125cc) to over 50,000 units in 1989. Exports accounted for virtually 60 percent of the total; though the majority (21 ,700 units) went to Europe, significant numbers also went to the USA and Japan. The 350 SST touring bike was also developed into a trail version, the 350 SX; these models remained in the Cagiva catalog until the mid-1980s, when they were replaced by bikes, which were of 100 percent Cagiva design, with two and four-stroke engines.

This simple 350cc "HD Cagiva Hobby Moto" marked the first step in the establishment of a major Italian marque.