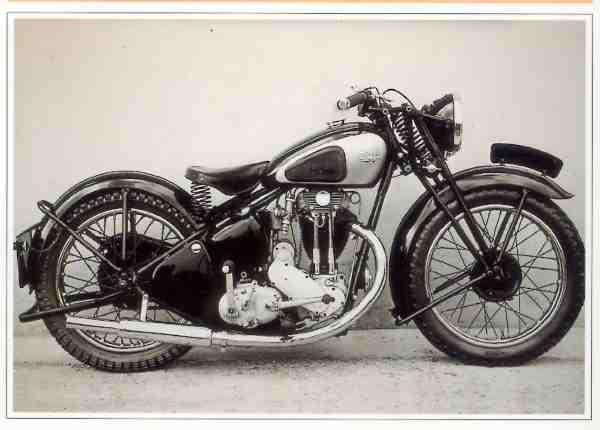 The End of the line

Founded in 1909 in Birmingham, the Calthorpe marque achieved a worldwide reputation with its Ivory range. Powered by an own-make engine, the first Ivory (stylishly finished in ivory white) was a 350cc single launched in 1929. It proved so successful that identical 250 and 500cc models were added to the range.

But the 1930s were difficult times, and even a reduction in price Â– the company's slogan was "As good as the best and nearly as cheap as the cheapest" Â– failed to save the factory from closure in 1938. The name and the stock were bought by Bruce Douglas, nephew of William Douglas, founder of the Douglas motorcycle company, famed for its flat-twins.

Bruce Douglas already owned a factory that made components for the British aviation industry, which was then expanding rapidly under the rearmament program following the Munich crisis of 1938. Benefiting from healthy finances, Douglas decided that the time had come to invest in the motorcycle industry. The Calthorpe engines were then beginning to show their age, so Douglas decided to buy in power units rather than build his own. The best engines then available were the new overhead-valve Matchless units, with fully enclosed valve gear, so orders were placed for 350 and 500cc engines. However, very few examples of the new Bristol-built Calthorpes had been sold before Bruce Douglas halted production in order to concentrate on his aeronautical activities.

This Matchless-engined 500 was the last Calthorpe to be built by the company before production ended in 1939.