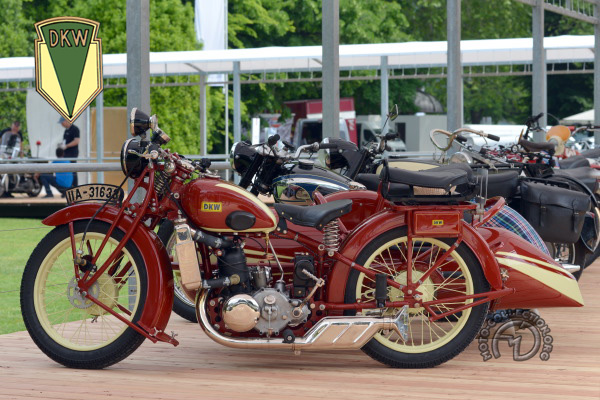 Where would the two-stroke engine be today without the immense work carried out by DKW in this domain? Work from which the whole world has profited, since the patents held by the German company became public property in the name of war reparations after 1945. The various reorganizations over the years resulted in DKW changing its name of Auto-Union, then Audi, while the old factory, founded at Zschopau in what became East Germany after the war, had become IFA-MZ.

The Zschopau factory had long experience with two-stroke twins, starling in 1926. Its first water-cooled model appeared in 1927, and the 1929 range included two versions of the Z500, the air-cooled Luxus and this watercooled Super Sport. This twin-cylinder twostroke power unit, whose power and torque were equal to those of far larger four-strokes, had an extraordinary career.

The modern 2500 SS had a car-type Meco carburetor and three-speed transmission, while the ignition, by flywheel magneto, was innovative. On the practical front, the Z500 SS had wheels that were quickly detachable without disturbing the brake setting, a friction damper for the front suspension which could be adjusted while in motion and a saddle tank with a bayonet-fitting fuel cap.