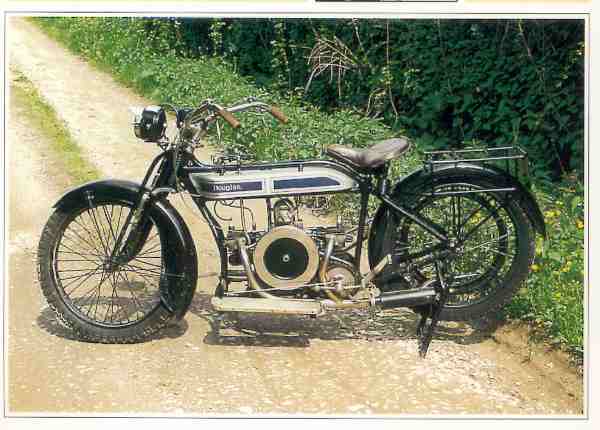 The great cycle of the Great War

Douglas' history of production could hardly be more eclectic: everything from airplane engines to electronics, from automotive equipment to tractor parts Â– and even some scooters thrown in for good measure. But it was in motorcycles that Douglas captured most of its laurels and secured its great reputation.

Success on the Track

After suffering setbacks between 1907 and 1910, Douglas finally got things going with some impressive competition results. In 1910, a Douglas crossed England in 39 hours and 40 minutes. A prototype of the wonderful 600cc bike appeared in 1911, featuring a number of improvements over previous Douglases. In 1912, a 350cc bike equipped with a then-revolutionary four-speed transmission was entered in the Tourist Trophy race, along with several standard two-speed Douglases. That same year, Douglas won the TT Junior race in a downpour while clocking record speeds.

Douglas' burgeoning reputation led to an order of 25,000 machines by the English Army for use in World War I. The new 600cc appeared in 1915, decked-out with a sidecar, which was a military necessity for many units. After the war, the military bikes were sold both in England and France, with sales blossoming in light of the bike's great record. For as long as English people care about motorcycles, there will be a fond place for the Douglas name.

Although it looked like a typical machine of the period - basically a bicycle with a motor embedded in its frame- the Douglas 600cc was far from ordinary.