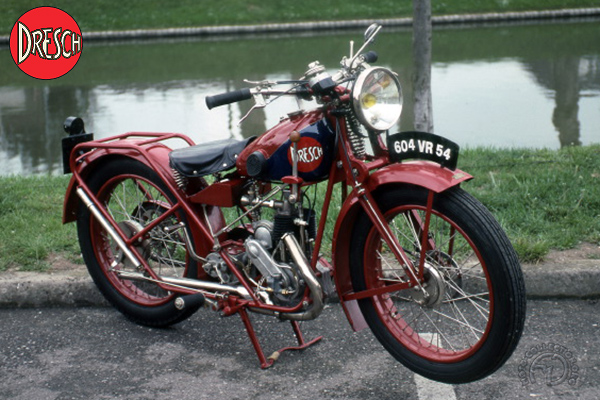 A popular bike for the French

Henri Dresch, who dreamed of building popular motorcycles in vast numbers, achieved his ambition in 1926 when he bought the old DFR and Le Grimpeur factories. He made huge investments in tooling and unveiled his first real motorcycle, the MS604, at the 1928 Paris Salon. It was entirely built Â– including the 250cc engine, made under MAG license Â– in the old Le Grimpeur factory in the Rue de Vouillé, Paris, which employed 300 workers.

With production running at 300 units a day, some 10,000 examples of the MS604 were built in 1928, a remarkable output for the period. France had a total of just 300,000 motorcycles (less than one for every hundred inhabitants), and Terrot, the principal national marque, had been building motorcycles at Dijon since 1901, yet had only built 10,000 bikes by 1928.

Dresch launched his flagship MS604 with a publicity campaign of unprecedented size backed up by convincing sales arguments, not least of which was the highly competitive price of 3500 francs plus "highly attractive credit terms". Despite its low price, the MS604 was astoundingly well-finished, particularly pleasant to ride, and extremely reliable. The same frame was later used on the shaft-drive Dresch Baltimore.