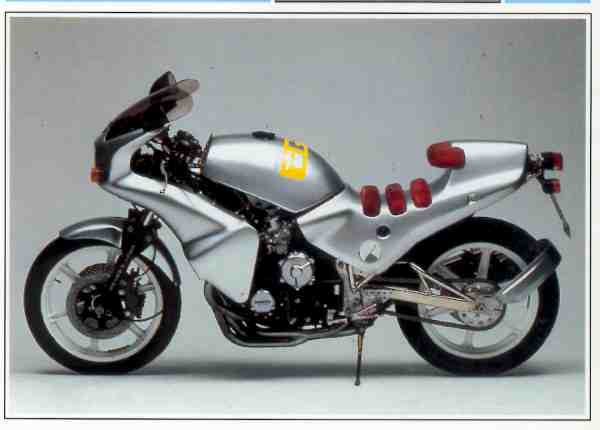 Exceptional in every regard

Like the automobile, the motorcycle has its great "fashion houses"; one of the most renowned is the Bavarian studio of Target Design, which in 1981 created this very special Honda CBX for the famous Swiss tuner Fritz Egli.

The CBX was already an outstanding machine, with its superb transverse six-cylinder engine inspired by the Grand Prix motorcycles of 1964-66. No machine could have better suited Target and Egli, both specialists in the creation of futuristic dream motorcycles. The machine was marketed in a limited edition in 1981-82 at the staggering price of DM 35 000.

Molded Around the Rider

With softer lines than certain other creations of Target like the Suzuki Katana or BMW GS 100 Paris-Dakar, the Egli-CBX attached great importance to ergonomics and its form was molded around the rider. The magnificent engine was deliberately concealed and the only evidence of its six cylinders was the discreet 6-into-2 exhaust system. The saddle was replaced by three leather-covered bolsters. The designer concentrated his attention on aerodynamics. One detail was copied by a number of manufacturers: the ducting of air into the cockpit through an opening under a blister intended to eliminate turbulence inside the rider's helmet. The arch over the rear wheel allowed the machine to meet the severest regulations demanding a very low rear mudguard while keeping a sporting appearance.

Master-tuner Fritz Egli also offered a 1200cc version, which was slightly more powerful than the 100 hp maximum permitted in many countries.