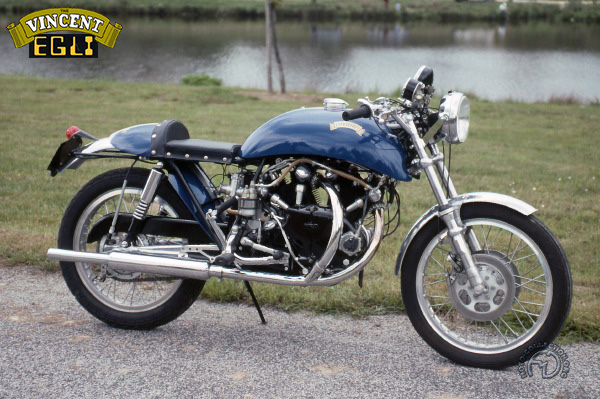 The best of two worlds

When the 20-year-old engineer Philip Vincent decided to become a motorcycle manufacturer in 1928, he acquired the famous - but insolvent - HRD company in the hope that the name would overcome resistance to a new model from an unknown young designer.

The breakthrough with the "Vincent-HRD" came with the launch of the 1000cc Rapide in 1936, good for around 110 mph. The postwar Vincent Rapide eliminated the shortcomings of the original design: it was a flexible tourer, exquisitely engineered and expensive - and capable of high speeds.

Distinguished by its all-black finish, the super-sporting Vincent Black Shadow was the first production touring bike capable of 125 mph, and its suspended- engine mounting was typical of its thorough originality. But originality alone does not ensure commercial success; innovations like the all-enclosed Black Knight and Black Prince of 1954 were too far ahead of their time to prevent the end of production in 1955. The Vincent name was revived in 1967 by the Swiss tuner Fritz Egli, who, in an effort to bring the design up to date, installed Vincent V-twins in a large-diameter monotube frame of his own design. Just 100 Egli-Vincents were built in a variety of models between 1967 and 1972.

This superbly restored Egli-Vincent with disc brakes was built in 1967 around a 1949 Vincent engine by Fritz Egli.