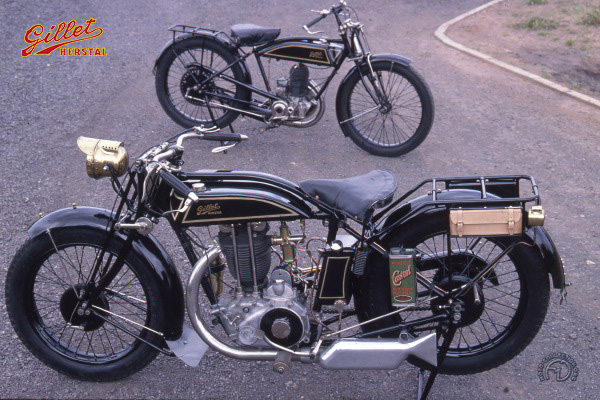 Ateliers Gillet of Herstal-les-LiĆØge was the standard-bearer for the two-stroke, providing a steady market with quality-built motorcycles at popular prices. And while its customers were quite happy with these machines, they began to request a Gillet with an engine larger than 350cc. To achieve this, Gillet had to take a major step and introduce a four-stroke engine, for nothing else was really acceptable for such a popular large-displacement bike.

Keeping It in the Family

Armand Laguesse, brother of Gillet two-stroke-engine-designer Fernand, designed and developed the first four-stroke Gillet with an own-make four-stroke engine. The new power unit's first task was to capture the imagination of potential purchasers Ā– and it did because it had pushrod-operated overhead-valves. This feature was found on few machines of the day, which had not progressed beyond simple side-valve cylinder heads.

The new bike was launched at the Paris Show in December 1926, where it was apparent that by remaining true to its principles, Gillet had created a unit-construction engine in which simplicity equated with efficiency. That fact was underlined in 1927, when the 500 Sport began winning its first competitions. The engine used in this stylish 1926 flat-tanker was the basis for all the Gillet vertical-cylinder four-strokes up to the end of production in 1959.

The 500 Sport Gillet-Herstal (foreground) was derived from the 350 Sport "Champion of France" model shown in the background.