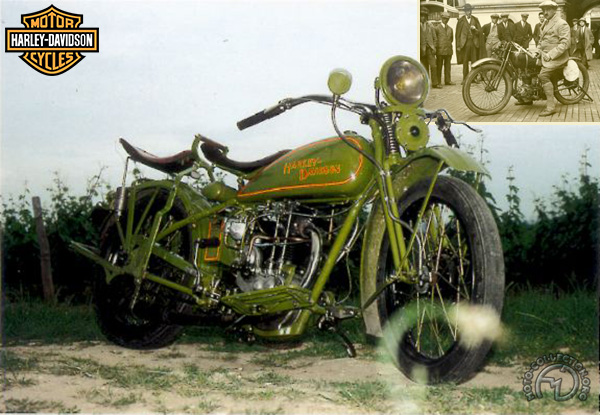 A rare single from Milwaukee

The image of Harley-Davidson is so linked to the big V-twin that many people are unaware that the Milwaukee company made singles. But it has, in three separate phases: initially, before WWI; then between 1926 and 1931 and finally in the 1970s during its association with Aermacchi.

In the early 1920s, Harley-Davidson built a few 1000cc V-twins with overhead-valves, though its production twins were all side-valves. But the combination of Excelsior's return to racing in the 350 class and the commercial success in this category of the Indian Prince led Harley to respond with two single-cylinder lines: the side-valve A and B to combat the Prince and the overhead-valve AA and BA to compete with the Excelsior.

The crackling exhaust note of the overhead-valve singles quickly earned them the nickname "Peashooter". They proved more successful than the side-valve machines, which suffered from piston troubles. And the BA, with coil ignition and electric lights and horn, sold better than the AA, with magneto ignition and no lighting. Despite its excellent cruising speed of 60 mph and its almost faultless handling, the "Peashooter" found few buyers before it was withdrawn in 1930. Apart from slightly fragile valve gear, its price of $210 was a major obstacle at a time when second-hand Fords and Chevrolets could be bought for $50-$75.

The "Peashooter" is one of the rarest and least-known touring models made by Harley; despite its many qualities, it wasn't a V-twin.