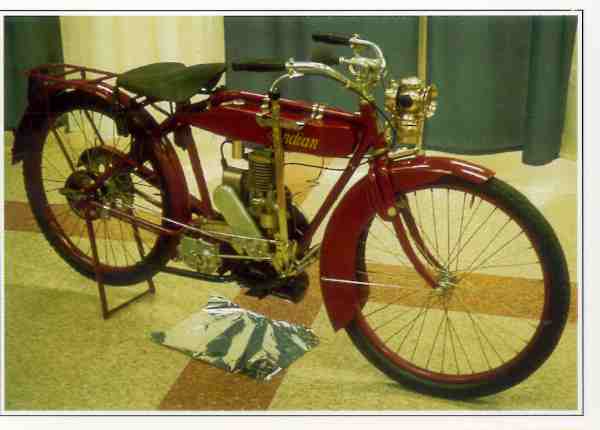 In 1915, Indian made the decision to enlarge its range by producing a cheap, lightweight utility machine. It also hoped to break into a new sector of the market with a little two-stroke single of the type recently introduced by Cleveland. Foreign machines of this type were beginning to be imported into the United States and Indian was eager to compete.

The diminutive size of the new bike earned it the name "Featherweight," and, rather than use the traditional American four-stroke engine, it opted for a little two-stroke single built under license from the English firm Villiers, for whom it had been designed by Charles Marston in 1912. The first Featherweights had some reliability problems due to badly-finished bronze big end bearings, and, though this was quickly corrected, sales never recovered.

Give a Dog a Bad Name

Worse still, the Indian agents were reluctant to handle this little machine, which was so very different from the average American bike. In a market influenced by power and performance, the dainty ways of the Featherweight attracted little interest. By the time Indian's engineers had increased its power and fixed all its faults, it was too late. The model was unable to shake off its rotten reputation, and the approach of war gave a good excuse not to give it a second chance. Production ceased in August 1916.

Though the little Villiers two-stroke was copied worldwide, it found few fans in the US and the Featherweight remains one of the few American two-stroke lightweights.