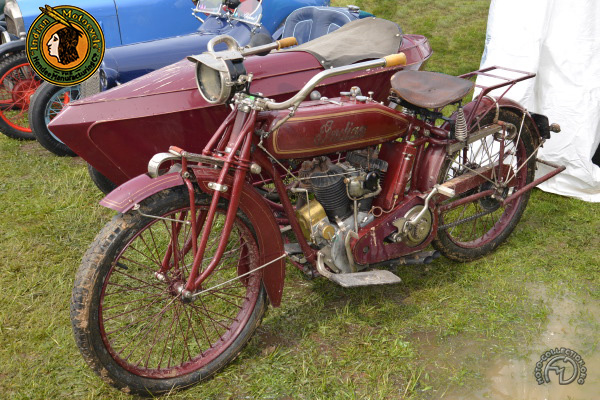 The Indian marquee came about as the result of a meeting between tow former racing cyclists, George Hendee and Oscar Hedstrom, at New York's Madison Square Garden in December 1900. Hendee wanted to produce a popular motorbike and he asked Hedstrom - who was a precision toolmaker -- to design it.

Name of the Machine

Their contract was drawn up in pencil on the back of an envelope. By 1901, the prototype was ready. Its single cylinder engine was an integral part of the frame - it sloped backwards and also served as a seat pillar and the back mudguard also housed the fuel tank. Hendee was delighted. He named the new marquee "Indian" and the standard finish was red with gold lines. From the beginning Indians where chain driven.

The first major design change came in 1905 when Indian adopted the world's first twistgrip controls of throttle and ignition. In 1907 came Indian's first V-twin. One of the first three Indian bikes ever built was shipped to London in 1901. Ten years later, Indian shocked the British establishment by finishing 1-2-3 in the first Senior TT held on the mountain circuit in the Isle of Man. By then, Indian had already adopted their leaf spring trailing link from fork later copied by BMW.