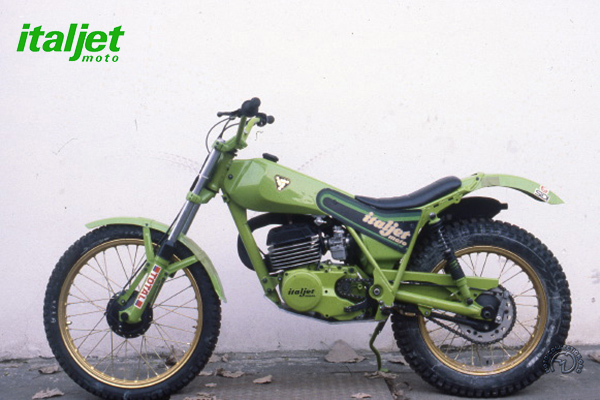 A Bultaco with an Italian accent

During the 1980s Italjet, an Italian company specializing in building miniature motorcycles for children, attempted to dominate the trials scene with a home-grown interpretation of the Spanish Bultaco. After winning the World Trials Championship five limes, Bultaco ceased production in 1979.

Leopoldo Tartarini, chief executive of Italjet, was also the Italian agent for Bultaco. He signed one of the Catalan factory's top riders, American Bernie Schreiber, as well as its engineer Manuel Marques, creator of the ultimate Bultaco Sherpas. Tartarini's aim was to create a true Italian trials bike. A skilled entrepreneur, he had ample financial and technical skills at his fingertips. In mid-season 1980, Italjet entered the World Championship with a machine that, though it looked very like a Bultaco, was all Italian. Despite his late entry Ā– and two events to get the machine sorted Ā– Bernie Schreiber ended the season as vice-champion of the world; Italjet was established as "the" coming marque.

And a Sudden End

Unfortunately, that momentum quickly dissipated. Despite the talent of its rider and its modern and attractive styling (Tartarini was its designer), this 250 was far from being a finished product. It was heavy, hard to handle, its engine vibrated too much and was lacking in bottom-end punch. The basic concept of the machine was at fault. Despite a well-conceived evolution model called "Piuma" ("feather"), which was 18 lb lighter, and a fine four-stroke 350, the "Scott," Italjet was never anything more than the dying reflection of Bultaco.

Despite its fleeting success, the Italjet was simply the last dying gasp of the Bultaco marque and disappeared in the wake of a financial disaster.