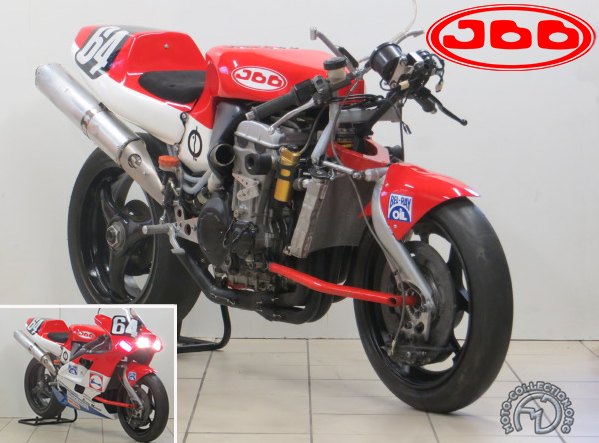 Handbuilt racers often predict the features of forthcoming models from major factories. Though a small, highly-motivated team may be strapped for cash, it is more flexible and adaptable than a big company, which must consider factors of putting a design into production and whether it is risking its image by racing an untried concept.

JBB - the initials are those of constructor Jean-Bertrand Bruneau- has for a number of years been working on an original design of front suspension incorporating superimposed wishbones with hub-center steering. The concept became particularly interesting in 1992 when Yamaha presented its new top of- the-range model equipped with a very similar layout. The little JBB workshop maintained its lead. While the new Yamaha was still just a show model, the latest version of the JBB - built with the aid of Vincent Sebileau - was racing in the Bol d'Or.

The victim of growing pains, it finished down the field, though not without having shown

its potential with a speed of over 170 mph and outstanding roadholding, spoiled only by

a vibration period in the front suspension. The JBB is really eye-catching and is innovative yet not shocking, with its triple head lamps, huge tires, unorthodox suspension and light lines. The double-wishbone front suspension doesn't clip under heavy braking, and its geometry is completely adjustable.

The suspension units are fixed directly to the engine on this revolutionary machine, avoiding the need for a frame.