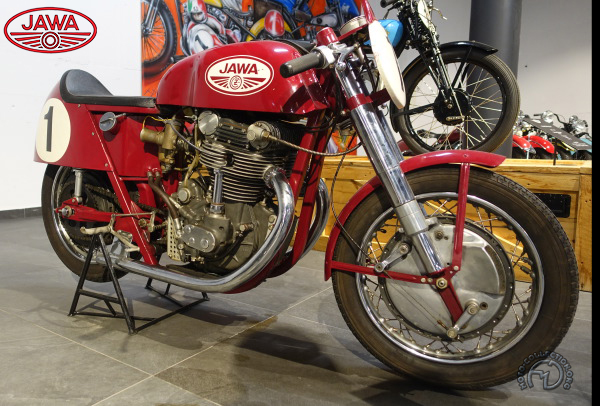 When the Czechs led the world

This 500cc racing Jawa, built in the Fifties, shows clearly that in the years immediately after World War II, Czechoslovakia was still a major industrial power. The same year, Jawa launched the "15," an excellent roadgoing bike with a single overhead camshaft engine derived from the dohc Z-15. A year later, the "15" picked up its own dohc.

The Z-15 enjoyed great success, particularly at the national level. and was seen both as a solo machine and with a sidecar. Its rivalry with the other great Czech name in cycling, CZ, resulted in some classic races. On its first time out, in the Czech Grand Prix of 1950, the Z-15 was ridden to a third-place finish by Jan Novotny. But its finest hour came 11 years later when the extensively remodeled 350cc Z-15s of Frantisek Stasny and Gustav Havel took second and third places in the World Championship behind the uncatchable MV Agusta of Gary Hocking.

Last of the Line

Unfortunately, the last Z-15 had left the factory three years earlier, so Jawa gained little from this victory. This magnificent line of parallel rnrins was the final generation of Jawa four-strokes; since 1966, the firm has devoted itself exclusively to two-strokes, with which it enjoyed some success during the Eighties.

On the race track, the Z-15 hid its magnificent motor be-neath the fashionable "dustbin styling" of the Fifties. Completely surrounding thefront wheel, these aluminum shells favored speed at the expense of side-wind stability.