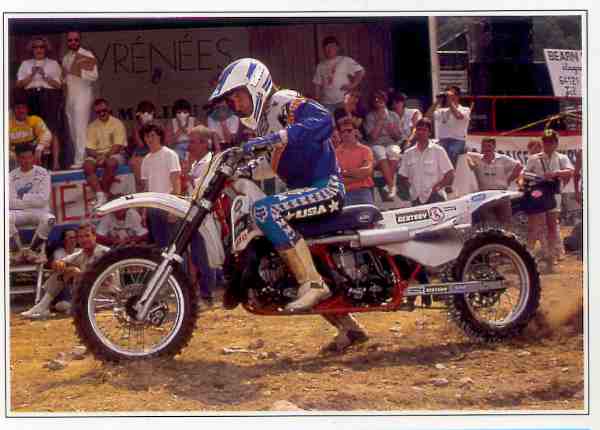 The only way is up

Many disciplines that are rough, tough and spectacular are simple to define. Hillclimbing was developed in the US. It's easy enough in theory: You just have to get to the top of a dramatically steep slope. In practice, it's more difficult!

No Substitute for Inches

This is a truly one-of-a-kind sport, evidenced by the astounding motorcycles (if you can call these two-wheeled monsters that) developed specifically to climb reputedly impossible slopes. When faced with a climb of 1500 feet, up the steepest slopes, there's no substitute for inches. Anything goes, from super-tuned Harley V-twins running on nitromethane, to supercharged Japanese fours producing 200 hp; even two engines coupled together Â– as on the KTM shown, powered by two motocross 500s Â– are not uncommon.

The chassis design too is amazing. To stop the bikes from rearing over backwards, they use a very long wheelbase, augmented by tremendously long swing arms. To maintain grip, tires are fitted with studs, bolts, chains or metal spikes. Some machines even successfully use tandem rear wheels. These "vertical dragsters" display an astounding mechanical creativity on the part of their constructors, powerfully motivated by the big prizes offered to those who climb highest or even reach the top of the hill!

Hill climbing is a popular and dramatic spectator sport, with America's most spectacular climb rejoicing in the uncomfortable name of "Widowmaker!"