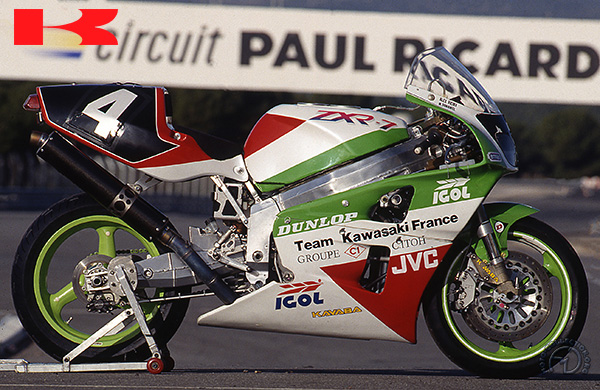 Race for the winner's circle

During the 1990-91 season, the six events of the series that had been known as the FIM Endurance Cup regained the prestigious cycling title of "world championship." The announcement of the change came so late that Honda was unable to reconsider its decision not to take part. The principal struggle was between Suzuki, holder of the FIM cup in 1990, and Kawasaki.

The championship round began with the 24-Hours of Le Mans and an unexpected win for the privately-entered Yamaha of the French Reflex team of Yves Kerlo. There was another victory for a French team in the 24-Hours of Liege with a Suzuki, followed by a win for Honda, with Yamaha second,Ā· in the 8-Hours of Suzuki. The raw Kawasaki team seemed to have gotten off to a bad start, but the final three meetings proved more favorable for them.

Ex-Honda rider Alex Vieira and his teammate J-L. Battistini won the 6-Hours of johore (Malaysia), then remounted the winner's rostrum at the Bol d'Or, with .Miguel Duhamel in third place. The title remained in contention right up to the last race, the 6 Hours of Phillip Island (Australia), where Vieira-Duhamel finished second, behind the other Kawasaki . Endurance racing puts machines that are street-legal on the track. That is particularly true of the Kawasaki ZXR 7, which is closely related to the production ZXR 750 J marketed since Spring 1991 and which introduced a revised frame and a short-stroke engine.