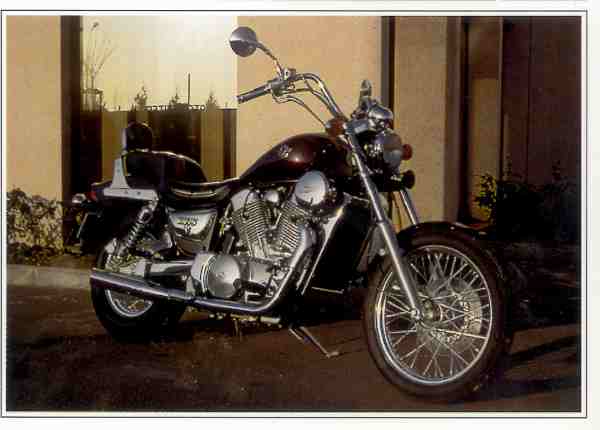 Kawasaki's policy has often been "Biggest is best." The group responded to the 750 Honda of 1969 with a 900cc bike and matched its rival's CBX1000 with a 1300 six-cylinder. Finally, in 1987, Kawasaki raised the stakes in the world of customs with the first version of its Sumo 1500cc.

Often a tad slow in reacting to its competitors, Kawasaki only adopted the traditional V-Twin engine for its customs in 1985, with the 750 Vulcan. Yamaha had started the movement in 1981 with its XV 750, followed by a 1000 in 1982. Honda entered the ring the same year with a 750, joined in 1983 by an 1100. Suzuki inflicted the final insult on Kawasaki by introducing, in 1986, a 1400cc version of its VS 750 Intruder, which had appeared the previous year. Kawasaki just had to respond and in 1987, the 1500 Sumo clearly revealed the company's intentions by its name, taken from the Japanese heavyweight wrestlers to be the most monumental and imposing of all the customs.

Gentle Power of the Sumo

The Sumo was almost too imposing, with its swelling fuel tank and twin superimposed exhaust pipes. The second version was much more elegant," with spoked wheels and teardrop fuel tank emphasing the sheer size of the engine, which, even though water-cooled, still had cooling fins on its cylinders. With a massive torque of 12 mkg @ 2500 rpm, the Sumo gave its rider an impression of power well above nom1al.