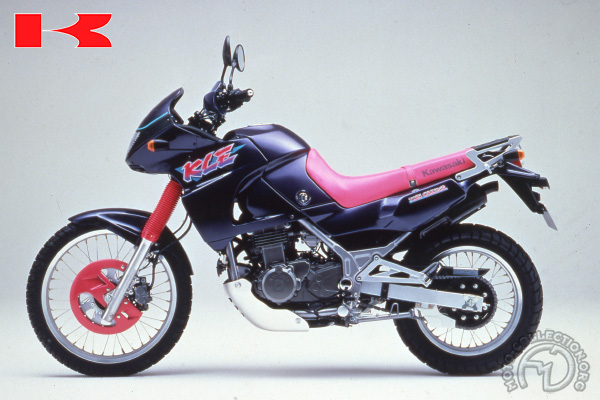 Bike of all trades

Trail bikes really took off in the Seventies, but so did the cost of their increasingly expensive styling. Gradually, their designs became more traditional, and costs to the amateur enthusiast went down, which created an opportunity for manufacturers.

Faced with rival designs like four-stroke singles, which were agile but incapable of cruising at high speeds, or big twins that could go to the ends of the earth but tended to be overweight, Kawasaki has just set new standards with its KLE model, a light 500cc twin. The nimble KLE has a sensible saddle height and a fairly low center of gravity, which combine to make it easy to handle.

This elegant bike has particularly attractive lines coupled with great versatility. The lively KLE is great on the street as well as in the mud, where its flexibility and acceleration take over. When it comes to road- holding and stability, its highly effective cycle parts, like its duplex cradle frame, are beyond criticism. Well-served by a good suspension and twin disc brakes, it rides responsively on both dirt and asphalt. Its power unit has plenty of personality, performing perfectly under all circumstances.

A new kind of trail bikeÂ— light, twin-cylinder, and more 'urban in style - the KLE 500 is just as efficient as some celebrated European endurance bikes.Â”