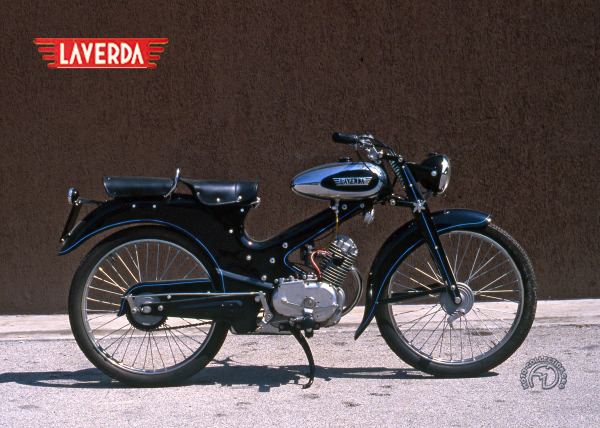 Nowadays the talk in the 90Â’S is all about the purchase of the Laverda name by the Japanese to build the fabulous six cylinder superbike designed by Giulio Alfieri in 1977 in a limited edition for the japanese market. Italian buffs rejoice that the great Italian name is to be reborn but are the emotions aroused by the marque in its 30-year-plus history so easily bought

Fruit of One Man's Passion

While these days no one would dream of launching a new company without in-depth market studies and products scrupulously tailored to the intended client profile, the Laverda motorcycles - I ike so many of the great names of motorcycling history Â– were the fruit of one man's passion, in this case Francesco Laverda.

From Farms to Cycles

The Laverda group of companies was based at Breganze in the beautiful Veneto region of northeast Italy, and was famed, since its foundation in 1873, for agricultural machinery. The family business had subsequently diversified into the manufacture of house trailers, and its motorcycle activities had debuted in 1949 with the neat 75cc "Motoleggera" whose tiny engine developed the equivalent of 40 hp/ liter. Already Laverda was launched on its ceaseless quest for original and elegant technical solutions. The first prototype was modified for production in 1950. At the end of 1951, this outstandingly elegant model gained a neat pressed-steel backbone frame and a chromed oval fuel tank.

The 75cc category was extremely popular in Italy in the Fifties. This elegant open-frame model was joined in 1952 by a sports version with a tubular frame.