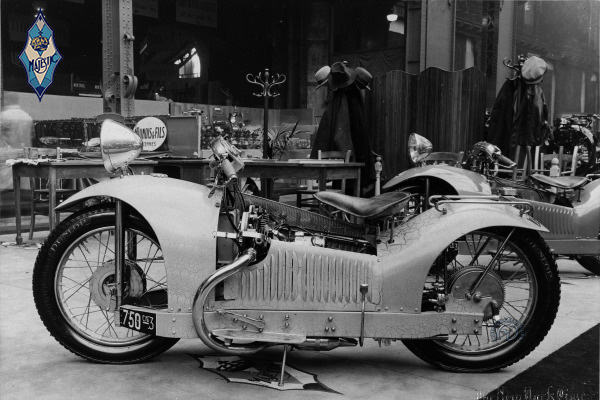 The Majestic was already an exceptional motorcycle with its normal unit-construction Chaise 350cc ohv engine, but its manufacturer, Georges Roy, was more ambitious.

For his personal transport, Roy used a Majestic fitted with a Cleveland four-cylinder engine, and a prototype was built with a four-cylinder Chaise engine. Another unique model was delivered with a 750cc ohv Gnome & Rhone Type X engine, whose flat-twin layout and shaft transmission were ideally suited for the Majestic.

At the 1929 Paris Salon, seven machines were displayed on the Majestic stand, two of which were powered by 750cc JAP V-twin engines set transversely in the frame. Grand Luxe versions were shown attached to Bernardet sidecars and given distinctive crackle-finish cream paint jobs in the Art Deco style. There were never any other examples of the Majestic 750 JAP than the two displayed at the salon. Yet, these were not hastily-built show mockups, and the details of their construction revealed that series production was intended. The transverse mounting of the British engine was a feature that gave excellent cooling but nevertheless had not been seen in France since the Moto-Cardan and Moto-Ader of 1904. In this engine-transmission layout (shared with the side-valve 750 Helyett-JAP unveiled at the same salon), the power unit was coupled to a French Bridier Charron gearbox with shaftand- bevel final drive.

This remarkable machine made a spectacular appearance at the 1929 Paris Salon- but was never seen again.