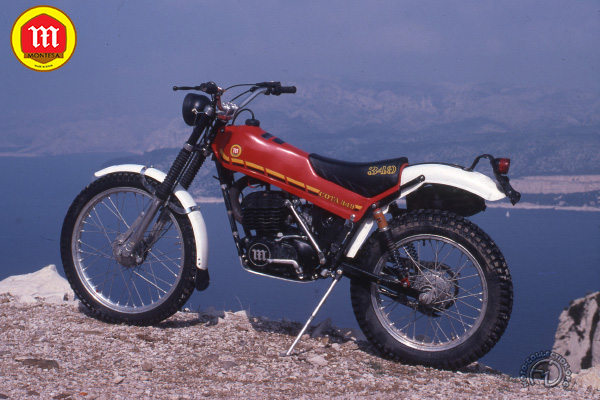 Too much of a good thing

A direct competitor for the well-balanced Bultaco Sherpa 350, the Montesa Cota 349 was classified as a "large machine" with all the advantages and disadvantages that entailed. The hazards encountered in trials riding would lead you to think that the discipline calls for powerful bikes. That's not true. A trials engine must be usable on the road under any conditions, and to achieve that, it has to be a delicate compromise between flexibility, torque, progressiveness and liveliness. It also needs sufficient power. A typical trials machine of the 1970s, the Montesa Cota 349, was the biggest engine on the market.

The engine couldn't be stalled, not even on the steepest hills. Nevertheless, its inertia, a certain brutality and a relative reluctance to pick up revs after throttling back marred its

After the Cota 247 and 248, which had been easy to handle but were nevertheless liable to criticism for a slight lack of stability, the 349 was heavily modified in respect of its steering geometry. With an extra 1.4 inches in the wheelbase, the 349 fell into theconverse trap. Moreover, the inertia of its big engine continued to drive on even after the throttle was cut, making complex maneuvers inadvisable. Thus clearly defined, the Cota 349 was a machine with an excess of character, which needed to be taken firmly in hand, quite unsuitable for the evolving character of trials riding, which called for more acrobatic and maneuverable bikes.

The Montesa Cota 349 displayed the drawbacks of a large-displacement trials machine. However, it won the 1980 World Championship.