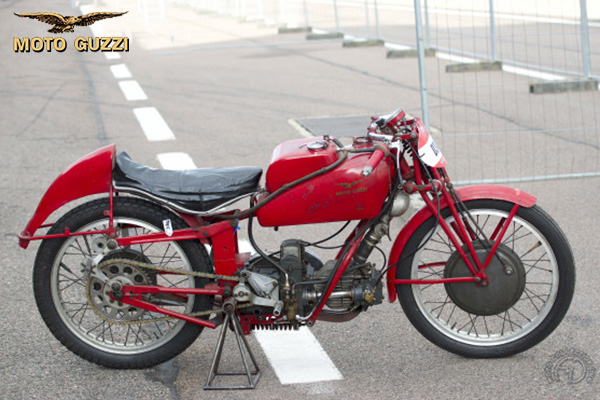 King of the singles

In 1926, Moto Guzzi introduced a superb 250cc competition single with a horizontal cylinder and a single overhead-camshaft. It was to be of profound importance to the company's history.

For 30 years, the Guzzi single remained leader in its category. It was, for instance, the first non-British bike to win, in 1935, the famous Isle of Man TT. Refined over the years, the 250 single was the basis for the Albatros and Gambalunghino.

Launched as a three-speeder, the 250 was sold to privateers in its TI and SS versions; 377 examples were built from 1926 to 1933. It acquired a fourth speed in 1934, along with rear suspension, but after that was strictly reserved for works riders only. The factory also developed a supercharged version, as well as one with fuel injection. It was not until the launch of the Albatros in 1939 that another "straight-from-the-crate" Guzzi 250 racer was available to privateers. The product of the combined talents of Carlo Guzzi and Giulio Carcano (father of the Guzzi V8), the Albatros was a normally-aspirated derivative of the supercharged works racer. It still had the power takeoff in the crankcase used to drive the blower, and this was used for a dynamo on the road-racing version of the Albatros. The Albatros was built until 1949, when it was replaced by the Gambalunghino, similar in concept but destined for privateers only.

This 1939 version of the Albatros, which still races in vintage events, is marginally non-standard, with a post-WWII fuel tank and racing exhaust system.