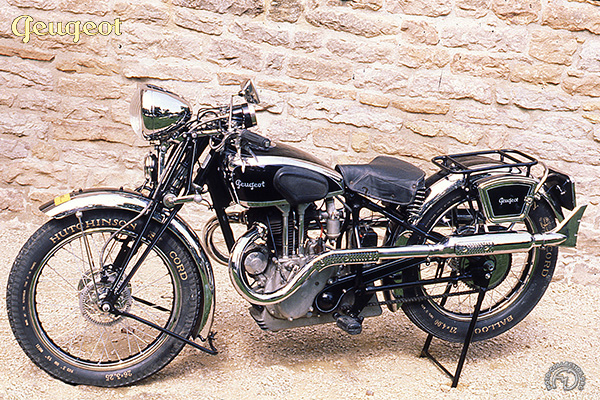 In the mid-Thirties, the French motorcycle industry appeared to be flourishing, with 10,000 to 12,000 machines sold every year. But the situation was far from good. Competition was fierce, prices were rising, and the buying power of the average worker was only 850 francs a month.

Too Good, Too Much

For Peugeot, reaction had become an urgent matter. Its "Grande Puissance" (high-power) range, which consisted of 350 and 500cc machines with side (P117 and P417) or overhead valves (P115 three-speed, P415 and P515 four-speeds), was suffering because the machines were too well made. All the versions were derived from the flagship overhead-valve P515, and were prohibitively expensive to produce. Peugeot pulled back

It inaugurated a new "Grand Sport" range. This time, the 350cc P135 was developed from the low-priced P112 sidevalve, famous for having traveled from Paris to Moscow and toured twenty capital cities of Europe in a month ridden by Robert Sexé. Peugeot

grafted the overhead valve cylinder of the 350 "Grande Puissance" on to the lighter bottom end of this engine, modified the bike for a couple of years, but killed the range after World War II.