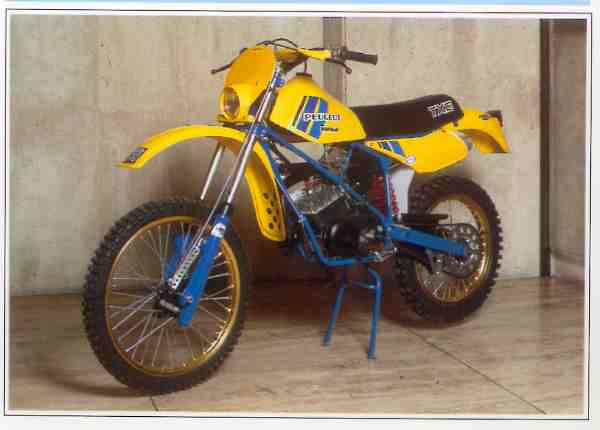 Back to the big time

The year 1980 was a memorable one for the French motorcycle industry. Just as Motobecane began to get back on its feet with good reviews, Peugeot announced that it was returning to big-time motorcycle manufacturing.

Nevertheless, Peugeot restricted itself to the minor-league 80cc class, though the company had some major projects up its sleeve. It was developing a 125 in collaboration with Gilera and even announced that it was studying water-cooled 250 and 400cc two-strokes with fuel injection. It was a bold ambition, given that the new 80cc model was already more expensive than its Japanese equivalents.

It was all for nothing: the only serious customer for the poor little Peugeot 80 was the French Armv. After an even more financially disastrous experience with the 125 TXE, Peugeot decided to concentrate on scooters. Nevertheless, a short while after, and with minimal publicity, Peugeot attempted to restore its tarnished image and boost the sales of its 80 by setting up a works competition team that distinguished itself in enduro racing with a very special 80cc machine. Most remarkable was the Portal ultralight, square-tube space frame. The works versions used a special liquid-cooled engine, while the TXP client-competition version launched by Peugeot in late 1981 used the air-cooled production engine.

The TXP client-competition off-roader was developed from the works Peugeot, with which Delavaux won the 1981 French enduro championship.