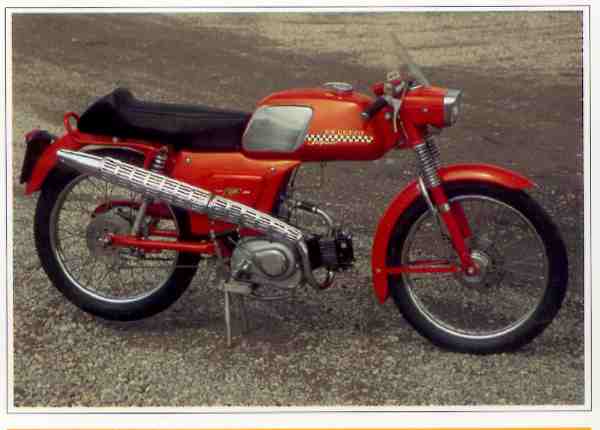 Prelude to an alliance

The French had always considered their success in the 50cc sector their own undisputed territory. But in 1960 and 1961, Japanese production surpassed the one million mark Ā– a statistic that could not be ignored.

The French had to act quickly, since the invaders were already at their gates. In 1962, Honda - the world's biggest manufacturer of powered two-wheelers since 1959 - established its first European lightweight engine factory in Belgium.

How Honda could produce 50cc fou r-stroke engines so cheaply really puzzled Peugeot. The easiest way to find out was to acquire a few engines, strip them down and subject them to bench and road tests - toĀ· destruction, if necessary. That was bow this little prototype, with a Honda C110 engine in a virtually standard BB Sport frame, came to be built in 1965. Advantage was taken during the experiment to test Campagnolo mechanical disc brakes, which were being fitted to some Italian 50cc sport machines. These evaluations proved that the Honda engine was decidedly very strong, but Peugeot couldn't see how the Japanese could make it at that price! So the BB kept its old two stroke with a three-speed transmission controlled from the handlebars well after 1970. The irony is that Peugeot ended up fo rming a joint venture with Honda in 1982, to manufacture scooters! Earlier, Peugeot had already made large quantities of engines for Honda's Belgian mopeds.

Fifteen years before the first Peugeot-Honda joint venture, this neat little Honda-engined prototype indicated what could he achieved.