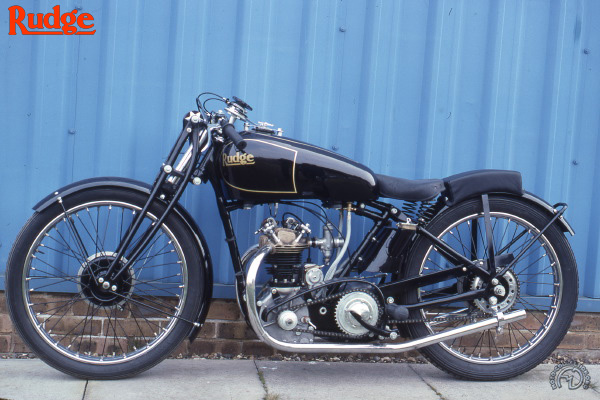 The fame and glory that surround the Rudge name sprang from the four-valve single that equipped the sports and racing machines from 1923 until1939. Four-valve Rudges won all the great races in the three capacity classes then in existence, but it was as a 250 that the four-valve single stayed competitive the longest.

Available in the end of 1928, the first Rudge 250s were fitted with side- or overhead-valve JAP engines and served as the bottom of the range, a foil to the prestigious 350 and 500cc four-valvers. Withdrawn at the end of 1930, these low-rent models were not replaced.

Off to a Good Start

Instead, in 1931, Rudge launched a 250 of an entirely different class, with four valves just like the 350 and 500, which now had Ā– for the first time Ā– the magneto mounted behind the cylinder. The new 250 copied them in that respect, though the works racers' crankcase and gearbox housings were cast from magnesium, while the production models used aluminum. Rudge entered three 250s in the 1931 Lightweight TT, ridden by Ernie Nott, Tyrell Smith and Graham Walker (who, at 210 lb, was not a lightweight!). Nott, who had raised the lap record by 5 mph, was leading when a tappet locknut slackened off and he had to hold the tappet in place. He finished fourth, nevertheless; Walker was first at 69 mph, Tyrell Smith was close behind in second place and Mellors's New Imperial came in third. The new 250 Rudge had started well!