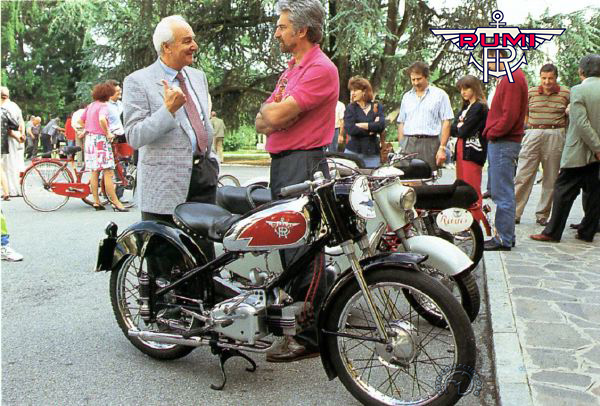 The prototype Turismo was built in 1949 and was the first design to leave the factory's assembly line. It was presented at the trade fair in Milan in April 1950, and then at the Bergamo moto and bicycle exhibition. Designed by the Pietro Vassena, already famous for having, in March 1948, taken his his midget submarine C3 to a world record depth of 412 metres in Lake Como.

Vassena also designed the engine used in the Amisa

The motorcycle was aesthetically very captivating and the two-stroke twin was devoid of vibration; however, the first series had a problematical ignition, and the gear-change was nicknamed "grattone".

The exhaust note and the general aesthetics charmed all who saw it. Deliveries to the public began in April, and in October a modified version with new colours arrived. The following month a new model was introduced, and by the end of December more than 1000 units had been sold. In 1953 a Lusso joined the Turismo.

The Turismo could be supplied with a die-cast aluminium sidecar from Durapid, of Rome.