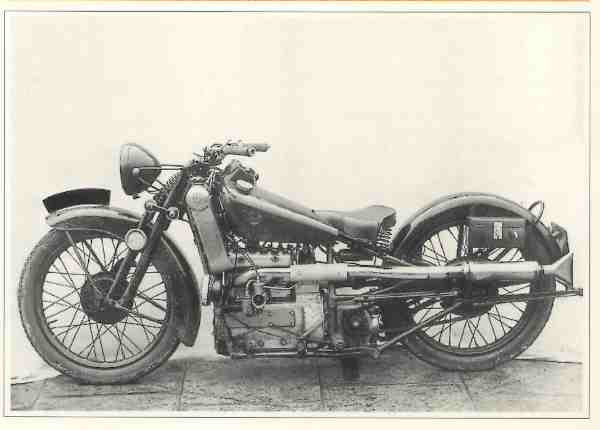 Far ahead of its time

The Scott factory was famed for its very modem water-cooled, two-stroke twins, which won the Senior (500cc) TT in 1912 and 1913. Based near Shipley in Yorkshire, Scott produced a number of flagship sports models during the 1920s, including the 500 Squirrel and 600 Super Squirrel and, in the same displacements, the sports Flying Squirrel models.

In an attempt to conquer new markets, the Yorkshire company unveiled an exciting new 750cc three-cylinder grand tourer that was intended to complete the range of sports and touring twins.

Designed by William Cull (the founder of the marque, Alfred Angus Scott, had died of pneumonia at age 48 in 1923) the new 750 had ultra-light magnesium crankcase castings, and in a quest for perfect balance, the firing interval was 120 degrees. The connecting rods were made of aluminum and the pistons were the normal deflector-top Scott pattern, so the engine was very much in the marque tradition. This three-cylinder power unit was mounted in a double-cradle frame, and the transmission consisted of a three-speed gearbox bolted to the rear of the engine with chain final drive. The coil ignition used a six-cylinder distributor to meet the needs of a two-stroke three-cylinder engine, while fuel supply was by a single carburetor mounted on the left-hand side. Scott built a second prototype that was identical, apart from its 1000cc capacity. It was displayed at the 1934 London Show, but only a dozen examples were ever built.

Scott built three prototypes of us 750cc three-cylinder two-stroke in 1933, and a small number with the engines uprated to 1000cc were sold in 1934.