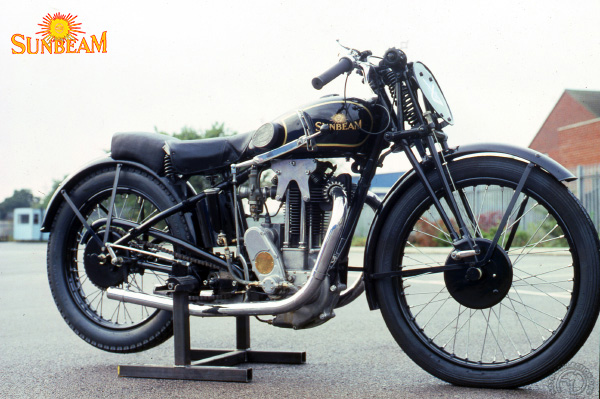 The Bentley of motorcycles

After the many successes of the side-valve and single-port overhead-valve Sunbeams, the glory days of the renowned factory came with the two-port Model 90.

Up to 1925, the 500cc Sunbeams that raced Â– and won Â– had single-port overhead-valve heads. The overhead-cam works racers entered for the 1925 TT were mechanically fragile and did not achieve the anticipated results, so for 1926, the works went back to overhead-valves; the new twin-port head allowed the use of a simple-cradle frame.

A Tale of Two Tanks

This was lighter than the double-cradle frame of the previous model, with a detachable top tube. In the catalogue from 1927, these twin-port machines retained the classic flat-tank until 1928, and the 500cc racing model 90 replaced the Model 11 at the top of the range. In 1929, the catalogued 90 also got the saddle tank (though it had to make do with three speeds against the four speeds of the works racers). In the 1929 Senior TT, the 90 scored a first-place victory (it was the last two-valve pushrod machine to win a Senior TT) and also took the Team Prize, because all the machines that had been entered finished the race. It dominated racing, winning the GP of Germany, Australia, Belgium, France, Italy and the GP des Nations, plus seven French hillclimbs. Amazing! The 95LÂ–- the final version of the 90 Â– had a single-port head, and was notable for its lack of success.

It has been said that the Brough-Superior was the Rolls-Royce of motorcycles; then the Sunbeam Model 90 was the Bentley because of the quality of its finish and engineering.