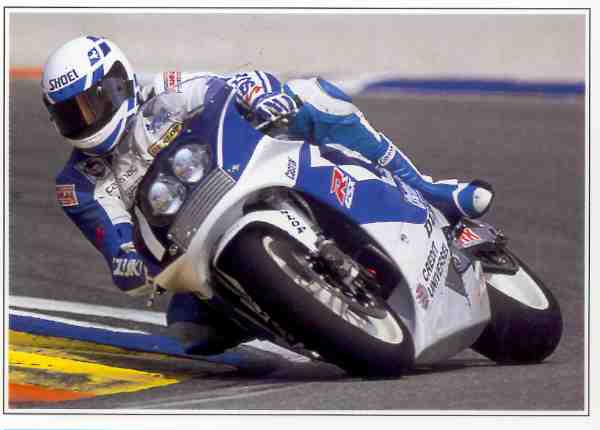 A test of endurance

France is the country for endurance racing. It was not surprising that in 1981 the Suzuki factory entrusted its activity in this field to a rider who had made his name in endurance racing, Dominique Meliand. That was the origin of SERT (Suzuki Endurance Racing Team), which brought Suzuki the world tide in 1985, 87 and 88, also including victory in the Bol d'Or in 1980, 84 and 90, in the 24 Heures du Mans in 1982, and at Spa in 1981 and 88. "It was the toughest race of the lot [1988),'' recalls Meliand. "We won by 40 seconds from Honda, after being on the same lap for 24 hours!"

Return to the World Championship

In 1991, SERT's two Suzuki racers stood no chance at the world championship, that was

dominated by Kawasaki. However, the GSXR Suzuki of Mertens, Sarron and Laveille won the Spa 24 Hours and finished second in the Bol d'Or.

For Want of a Bolt

The latter event had started well, with the (1988) former world title holder Herve Moineau leading the field until a loose bolt in the transmission eliminated him on Saturday. The endurance racers remain very close to production sports bikes; in the case of Suzuki, that means the GSXR 750R and the talents of the tuners show in the many improvements they make in turning these into real competition machinery. Better handling with its new frame, the 1991 GSXR endurance racer weighs a mere 346 lb for its maximum power output of over 135 hp.

Herve Moineau's 1991 Bol d'Or version of the GSXR was distinguished by an extra oil radiator mounted in tbe nose of the fairing.