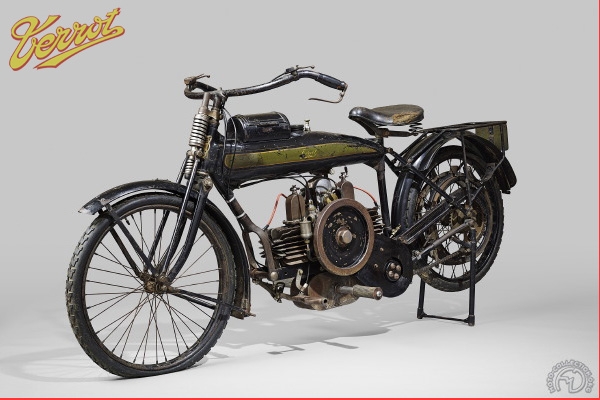 Too advanced to survive

Working for the Army

A renowned engineer and racer, Henri Cuzeau was demobilized in 1915 to work at Terror on the MAG-engined Motorette destined for use by the French Army.

During WWI, Cuzeau also designed this flat-twin, which was built in 1919, but the Terrot Cuzeau was too advanced in concept and never passed the prototype stage. While there were many flat-twin engines at that time, the Cuzeau was the only two-stroke, and that wasn't its only originality. In a two-stroke single, the descending piston compresses the gas admitted into the crankcase, but this principle doesn't work in a flat-twin. For while one piston is trying to compress the gas, the other is rising in its cylinder, nullifying the work of the first. Like the English Dunelt Company on its 1919 singles, Cuzeau used double-diameter pistons in which the upper part functioned normally while the lower section precompressed the gas admitted into the crankcase into a holding chamber above the piston skirt until it was allowed into the combustion chamber by the transfer ports. The frame was just as original, for in place of the classic twin top tubes with a tank between, it had a load-bearing gas tank welded between steering head and saddle pillar. The gasoline ran down inside the saddle pillar, at the base of which was a tap Â– the gas tank was pressurized by a hand pump so that the fuel was force-fed to the carburetor.

Too complex, the Terrot flat-twin never passed the prototype stage, and only two or three examples were built.