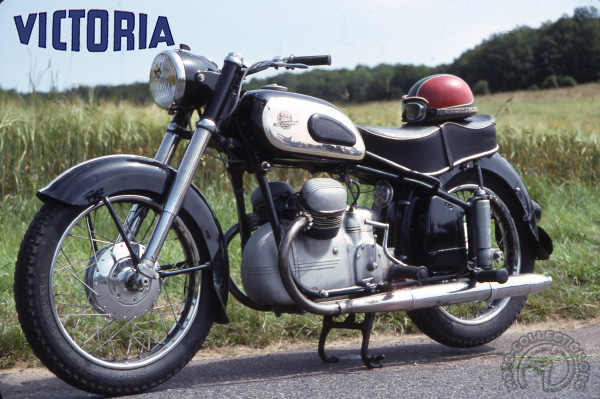 A designer of distinction

Richard KĂĽchen, sometimes aided by his brother Xavier, was one of Germany's most distinguished two-wheeler designers whose career left its mark on many manufacturers; his very personal creations can be recognized without hesitation.

A Passion for Enclosure

Typical was Kuchen's obsession with enclosure of the moving parts; according to him, the mechanism should be totally encased and only present large, easily cleaned surfaces to the world. He also had his little faibles when it came to mechanical specification, like his preference for gearboxes in which the ratios were given by chains and not pinions. You can follow his trail via Zundapp (the flat-twins and flat-fours of 1933), to Opti (the 250 twin of 1955), Ardie (the 1938 Bergfreund), Horex (the 1951 Regina), Hoffmann (the 1953 250 Gouverneur), and Victoria.

The Bergmeister was unveiled as a 250 at the end of 1952 and put on the market in 1954. It had an all-chain gearbox, but while its transverse V-Twin seemed new, KĂĽchen had already used a similar layout on a prototype he built for Ardie in 1938. Like many of KĂĽchen's concepts this handsome machine was too costly: in its native country it sold for 2475 marks against the 3050 marks asked for a 500 BMW R51/ 3. The industry fell on hard times and Victotia abandoned production in 1958.