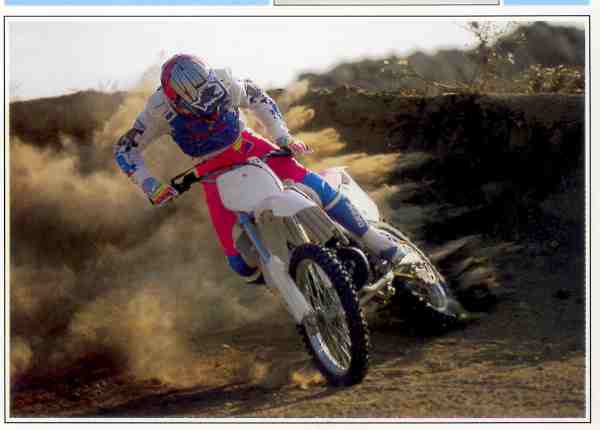 The YZ 250 is an historic motocross bike whose career has never been in decline. Its first world title in 1973 wid1 Hakan Andersson was followed by Neil Hudson in 1981, Danny Laporte in '82, Jacky Vimond in '86 and John van de Berk in '88. It was the 1992 mount of Damon Bradshaw, the bogeyman of the supercross championship in the United States.

From the rear cantilever suspension of 1974 to the current Motocross with variable spring rates, from air- to liquid-cooled engines, the YZ 250 has received each technical refinement as it has become available. Automatic intake valves in the crankcase, a valve on the exhaust pipe to maximize the engine efficiency, ceramic treatment for the piston, disk brakes, technically advanced suspension systems - the YZ 250 makes full use of the advanced technology. Its evolution lies in the constant improvement of every little detail, making this a high-performance that is a consistent and an efficient machine.

The YZ 250 stands out because of its remarkable balance. A frame that is simultaneously stable, manageable, sure and precise, and an engine that is powerful and breathes well at all speeds. This broad compromise makes the motocross YZ 250, transformed by certain detail modifications into the WR250, one of the most competitive modern enduro machines.

All the progress made in motocross improves efficiency while making modern machines easier to handle, a trend best represented by the YZ250.