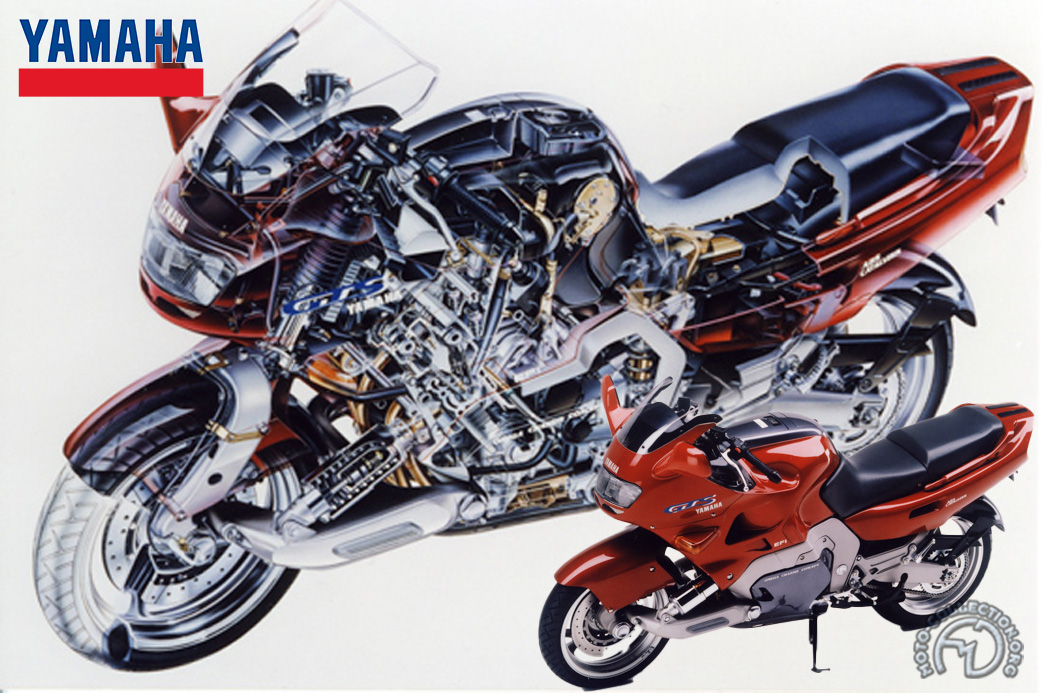 Speeding into the future

Over the years, many small firms have developed alternatives to the motorcycle's traditional method of providing front-wheel suspension and steering using telescopic

forks. Yamaha, with the GTS 1000 sportstourer, was the first to put a radical solution

The GTS was a technical tour de force, featuring not just an advanced chassis but also fuel-injection, anti-lock brakes and a catalytic converter. Its front end used a singlesided front swing arm and single suspension unit. Steering was achieved using a pivot inside the front wheel hub; a vertical aluminum strut connected the wheel to the handlebars via a junction box.

The rest of the GTS was conventional, including the engine, which was the watercooled, four-cylinder unit from the FZR 1000 sportster, cletuned to 100 hp. In combination with the fuel injection, the 20-valve motor gave superb low-speed response, and the GTS accelerated hard in top gear from 40 mph to its 140 mph top speed. But interest centered on the forkless front end, developed by American engineer James Parker. Unlike conventional systems, it was virtually unaffected by cornering and braking forces, making the Yamaha supremely stable even when its potent single front disc brake was used hard. The GTS was a heavy bike, with rather cumbersome slow-speed handling. It also had a less than efficient fairing and a poor fuel range. And the high-tech Yamaha's sales were limited by its expensive price.

The radical GTS 1000 is a fast and very stable sports-tourer, but the result of its technology is a high price that many are unwilling to pay.