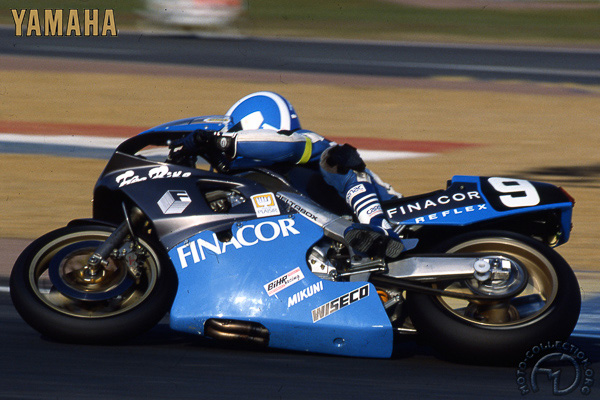 The 14th running of the Le Mans 24-hour motorcycle race was packed with suspense right up to the checkered flag, when a privately-entered Yamaha took victory from the works teams entered by the then world champions, Suzuki, and Kawasaki. It was a victory that rekindled interest in endurance racing.

Due in part to the regular times turned in by its riders - Bruno Bonhuil, Rachel Nicotte and Philippe Monneret - the victory of Yves Kerlo's "Reflex" team was founded on impeccable organization involving months of practice aimed at shaving valuable seconds off each pit-stop.

Often known by its code name "OW 01", the Yamaha FZR 750 R is nothing more than an off-the-rack racer closely based on the production FZR model It is sold ready homologated as a street-legal machine with a separate kit of all the parts necessary to prepare it for the race track. It is this "sameas- you-can-buy" aspect of the privately entered bike that carried off this most prestigious world championship race that has excited the enthusiasts. At first glance the Le Mans-winning OW Ol looks much the same as a production FZR 1000: the principal differences lie in a more intensive use of ultra-light metals, a close-ratio transmission and a few small items of equipment.

The Yamaha "Free Bike" of the Reflex team had the 70, 000 spectators at the 1991 Le Mans 24-hour motorcycle race on the edge of their seats.