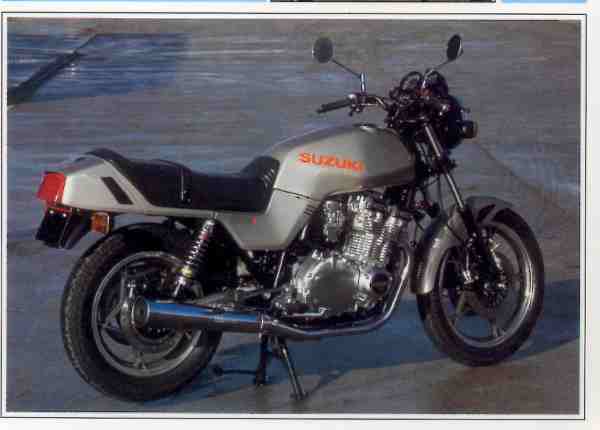 Back to the source

In recent years Suzuki has shown itself the absolute leader in terms of top-of-the-range sports machines with its GSX-R 750 and 1100. In 1991 it launched the GSX 1100 G, a more mature version without a fairing. With this "basic" version, Suzuki was merely following the trend towards simpler, more usable bikes which were more easily affordable.

Though they didn't have a single component in common, it was difficult at first glance to tell the 1991 GSX-G and the 1982 GSX-E apart, for they had the same starting point and followed the same general style. The 1100 E of 1982 was derived from the most futuristic super sport of its day, the 1100 Katana, though with less aggressive styling. It also used the Katana's 111hp engine, which gave the GSX-G Grand Tourer a top speed of over 140 mph, which was scarcely practical without a fairing. Â·

If they were visually similar, the G and the E were differentiated by technical progress: the all-new 1992 motor, with its delicate cooling fins, employed both air- and oil-cooling and, while its power output has been limited to 100 hp, its torque is greater. The weight has gone up from 522 lb in 1981 to 575 lb now, but the biggest change is the adoption of a single shock absorber rear suspension.

It was a sign of the time that the superb GSX E of 1982 was only on the market a short time and was replaced by more sporty derivatives, like the popular GSX G launched in 1991.